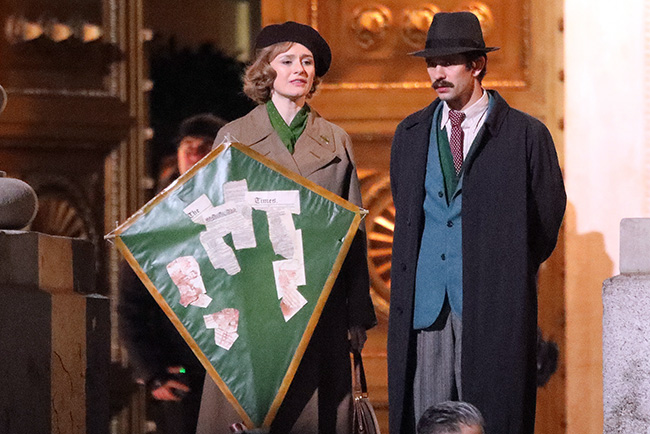 The pair play a “grown up” Jane Banks and Michael Banks, brother and sister in the original film musical. The set was located on the streets around the Bank Of England which were closed off to allow filmmakers to shoot day and night.

The pair are seen running up the steps of Cornhill with a kite, as in the original.